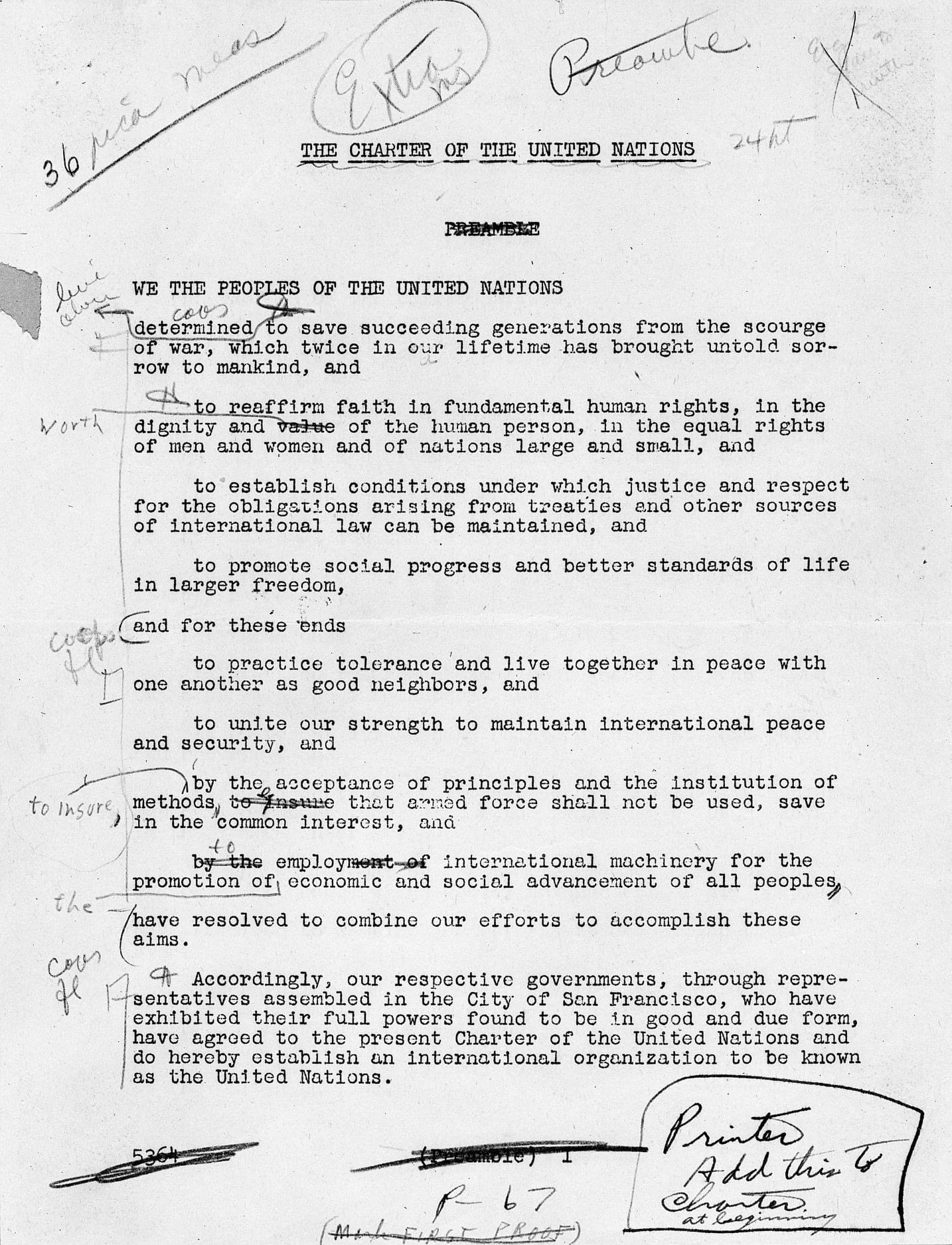 Tuesday 26th June 2020 – #FlashbackFriday to the original manuscript of the UN Charter preamble, complete with handwritten notes. 75 years since 50 nations came together in San Francisco and created a new organisation for peace, prosperity and human rights.

Today also celebrates the birth of Henry Giessenbier, the founder of JCI and our legacy of positive change!

Born in St. Louis, Missouri on 26 June 1892, Giessenbier formed the Herculaneum Dance Club and by 1915 it became the Young Men’s Progressive Civic Association (YMPCA) – the forerunner of the JCI we know today.

The name changed to ‘Junior Citizens’ and the term ‘JCs’ came into play – often, now seen as Jaycees. After affiliating with the St. Louis Chamber of Commerce in 1918, Giessenbier’s organisation become known as the Junior Chamber of Commerce.

At the first national convention in 1920, Giessenbier was elected the first President.

Today, we respect the foundations of our organisation, and continue our pursuit of Active Citizenship, positive change and developing leaders for a changing world.

Subscribe for updates of news, events and whats going on within JCI Scotland.